Legal contracts that limit both parties to secure information shared between them is termed as a Non-disclosure agreement or NDA. Legal contract bind both parties conducting a business to protect trade secrets or private information. Under signature of NDA documents, people are now liable in the name of law to practice full protection of the different aspects of businesses such as customer lists, sources, business strategy and ideas, and so on. If they are found guilty of obliterating any of such rules and regulations, this proof of document will serve as witness during lawful proceedings.

It is a document formatted in a non-lawyer terminology so it is understandable for people belonging to different businesses. However, in every business conduct, trust plays a vital role and that’s what makes other take reasonable precautions for both tends to honor the bond of business they create among themselves. The client will respect not to leave and the service provider will ensure to deliver the best. In simple words, an NDA is a document signed between entrepreneurs, business owners and CEO of organizations to protect the right of confidentiality of their respective ideas.

Here is a list of reason why you should ensure that an NDA is signed between you and the service provider (development agency) in order to perform business conducts in a safer environment.

LinkedIn is by far one of the most resourceful environment to create job opportunities for individuals worldwide and yet it has projected that mainly graduates from the era of 2006-2010 are more likely to jump respective organizations at least 4 times in a 10 year long period. As much as the employees jump, stronger is the chance for the organization to lose potential information. Here’s how NDA comes in handy. It values employee code and promises to safe keep your client ideas and information so you don’t see your ideas go in a pitfall.

Even if you don’t seek to send a lawsuit against the other party, in case the NDA agreement is breached, you are always at a leverage by signing of NDA anyway. It’s because an NDA will create a psychological effect on both the parties so they don’t end up losing any information discussed in between both. This looks like a huge benefit of using NDA in business proceedings. There is a hard chance that either party may end up falling with stealing any information or ending up sueing one another.

If your idea is a new one and something that brings a new concept on the market, then it is highly important that you should focus on securing its intellectual property right. IP ensures that the government is involved and ensures that your idea is in secure hands and will not be leaked or mediated by any other third party. NDA helps you establish the Intellectual Property right for your business and becomes the medium document to provide a secure circumference for the product you venture to create.

While working in a software firm, a lot of information is highly radical if it goes loose on the market. These may include software algorithms, generated leads and customer information, Branding Content, etc. Employees should be well aware of what sort of information comes under the act of NDA and they should ensure that the full safeguard and protection of such information is observed on priority.

NDAs are serious legal documents and they are just as important in performing a business deal as any other documents are to be observed. In fact ODP ensures that they firstly get an NDA signed by a respective party in order to move ahead with business proceedings. Just as a customer is worried about whether they should get on board with a service or not, in a similar way, a service provider see an NDA document the best fit to ensure that they are not going to lose their respective customer.

Have you dealt a business with ODP yet? Try us. We ensure the highest security measures to take while conducting business with you. 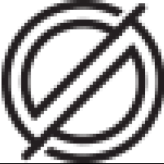 One Design Pro is a Houston based Digital Agency which enables growth with holistic Branding solutions. With a vibrant portfolio in Video Solutions, ODP is a leading name in end-to-end Brand Development from Logo designing to corporate branding services to crafting an online presence via Website Design/Development and Mobile Apps.

Search
GET IN TOUCH

Consult With Our Technical Expert